Your cart is currently empty.

Add a 2nd item, get 15% OFF your ENTIRE order. Free Standard Shipping. 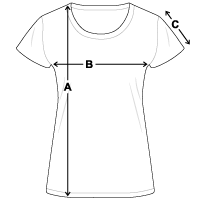 Turn a candy corn upside down and you can’t mistake the color pattern for anything but Trump. The yellow band is reminiscent of his dyed canary yellow comb over. The deep orange is equivalent to the deep bronzer he enjoys applying daily (he does it himself you know). Next is the white top / bottom which can be interpreted as a white collared shirt, but thought it worked better as a baby diaper.

The trade association claims candy corn was invented in the 1880s, Miraculous, that’s the exact same period Trump gets his science facts from. Today, we think of candy corn as being heralds of the autumn season. It's a Halloween staple, it reminds us of the end of the growing season, the harvest, and the coming winter months, and now thanks to the head honcho in office and the upcoming voting season, we can hopefully associate it with the end of this one-term president and the coming winter months without him, but plenty of covid to go around for everyone, thanks to him.

After wearing this shirt, and the association with Trump, will you ever be able to look at another piece of candy corn and not make the the association. Nope, it’s ruined forever, till your dying days. Heck, calling him candy corn may even give his other nickname “Cheeto” a run for it’s money in sticking power.

Why is candy corn so hated? Why is Trump so hated? Like his weathered skin, there’s the texture, something a lot of people cite as their grievance with candy corn. During candy corn production, the sugar crystallizes, giving the kernels a waxy texture that’s impossible to chew, and just a bit crumbly, not unlike Trumps personality.

Is it truly the most hated Halloween candy? It’s a pretty close race with the root beer barrel. It’s debatable, much like the ongoing debate between cult45ers and Never Trumpers, is he really making America great again, or is he running this country right into the pooper. Well great orange one, time will tell.