Don't miss out on this:

Add a 2nd Item, Get 15% Off with promo code SAVEMO. Free Shipping.

A t-shirt design for those of us who’ve had it up to here with dirty politicians. A relevant statement that will hold up WAY beyond election season. If you’re sick to death of career politicians like Moscow Mitch and the rise of fascism, this design of a businessman in a suit and tie sporting tell-tale horns tell the world you are aware, without openly affiliating you with any political movement. Perfect for believers in Antifa. Absolute power corrupts absolutely. Conning the people, to them, it’s just another day. Can't trust them as far as you can throw them. 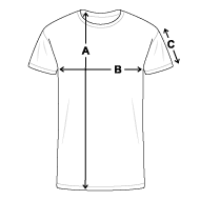 
Do you feel like you need Oliver Stone to explain the levels of corruption which currently resemble a plate of spaghetti? Can’t wait for THAT movie. Look at the number of politicians in court battles over sexual harassment, child pornography, embezzlement. This devil in a suit represents them all. Do we give them carte blanche just because they wear a suit and tie? Is it any wonder Individuals involved in the antifa movement tend to hold anti-authoritarian, anti-capitalist, anti-fascist, and anti-state views. Antifa is not a unified organization but rather a movement without a hierarchical leadership structure, comprising multiple autonomous groups and individuals.

A state of unrestrained political corruption is known as a kleptocracy, literally meaning "rule by thieves." Thieves, yes, is there any better way to describe the current administration? Political corruption is the use of power by government officials for illegitimate private gain. What causes corruption? Greed of money, desires, political monopolization. Low levels of democracy, weak civil participation and low political transparency. They may arrive fresh faced and eager to change the system, but once they are entrenched election after election, it’s never too long before they’re jaded and seduced by the money flowing through the system. How many of our elected officials have fallen to forms of corruption including bribery, extortion, cronyism, nepotism, patronage, graft, and embezzlement. Worldwide, bribery alone is estimated to involve over 1 trillion US dollars annually. Campaign contributions by big business are the prime example.